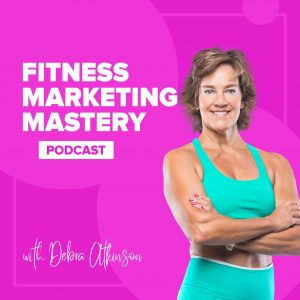 #299 Wonder if you should be an employee or entrepreneur? There are a lot of reasons why I became an entrepreneur. The entire first two weeks of this year it would be very easy to say I’ve done nearly none of them.

Why I think most of us go into business.

I’ve spent the majority of my time doing things I’m not good at. I’ve been procrastinating doing them, which amplifies the negative impact of them.

And still, I wouldn’t trade it for anything.

I Still Have to Say No

In the beginning, I had tons of time, and no revenue. That was uncomfortable for someone who was used to taking action and seeing results. So, it was discipline that made me say no to opportunities.  More often I said yes. Not necessarily for the right reasons. I went to get the ego hit that comes from being asked to present to a room of your own peers or to author this or that for them. But did I consciously think whether or not it was the best investment of time money and energy? Then, not really. I probably did blow up the credibility benefit of doing it and used the media exposure to my advantage. It’s anyone’s guess as to whether that was productive or not.

And now, I’ve grown to the extent that I have to say “no” to things I actually really do want to do. I recently had the opportunity to author a chapter for NASM, and I love them and the work they do, but I’m having to base my time spend on what is best for the company I run. I’ve been asked to do an adult education course for my alma mater’s Retired Alumni but again, I have to consider what I won’t be doing with that time and energy.

I’ve recently been invited to present at prestigious conferences I used to love presenting for and again, I have to say no.

These might be things that you’d say recharge your batteries and you love and at one time I would have too. But I realize that the writing for someone else, the traveling and expense of that and time away puts a crunch not just on me but on everyone else in my team too if I’m not accessible.

There are things I’ll say yes to because being out in front of more people is good for me, but others I need to say no to not just for the time and energy spent preparing but for the steal from what would normally be recovery time.

I share this with you because if you’re a personal trainer starting out … or already out on her own you may be wondering – especially in this climate with gyms not doing so well and online training really not requiring a gym to do it – if you’re best suited for an employee or being an entrepreneur.

Having been both during my 38 years yet literally from the beginning, always having something independent, I can weigh in. I’m also tapping into others who’ve managed, owned, hired, trained and fired and watched employees quit, leave and go it alone.

For a look at who thrived, survived, moved on to becoming an employee again… stay tuned.

Failing on your Way to Deciding Employee or Entrepreneur ?

First of all, I want to say something before we start. Having tried it and failed to reach the success you wanted is still a win. Along the way it’s our failures that teach us far more than the successes do.

If you go the entrepreneur route, I would absolutely make sure that you have someone who will keep you accountable. If you have a spouse and a reason there’s no sweat, it’s a disadvantage.

Trust me, I know this. For 4 or 5 years while supported by my husband my business was a loss. That’s not only a red flag for the IRS but it’s not really a business. If it were paying your bills, or if you were going to ask for a loan or seek investors, no one in their right mind would say yes to that. So don’t fool yourself if your partner (or parent) is gifting you money and so you look on the outside as if you’re a business with revenue, expenses and a profit margin, while inside your books show something else.

It’s not just me. I’ve seen it happen all too often with other fitness professionals too. They’ve been given the money to start. They’ve been bailed out by investors when it wasn’t working. They’ve not been willing to quit the day job to really do it. Without that pressure… which if you’re listening and that feels like a bad thing, you don’t have a reason to do make it work.

How Prepared Are You?

Here’s how willing and – maybe naïve – I was. It was going to work. So, I quit my job, barely worked for 14 months, and truthfully 3 more, while I was figuring it out. There was never – well that’s probably not fully true… I remember looking at jobs at universities and considering applying to teach – but there was never a time when I thought, this won’t work. I sold my house, dipped into retirement funds, whatever it took I was willing to do.

When you have that fall back, and it’s not a formal relationship where you’d pay it back with or without interest, it’s going to hold you back. Your business plan should be strong enough that you can make it work. If you wouldn’t be comfortable asking for a loan, and showing how you’re going to use it, really take a good look at whether you’ll get ahead or just further in debt – even if just emotionally if you don’t make changes.

No matter what you want to do, there’s a way to scale it. But some plans just aren’t scalable and you need to think about that. Then there’s the fact, nothing is guaranteed. I wouldn’t want to have a brick and mortar business in 2020 or 2021 and wouldn’t invest in one now. It’s improving but there’s still a lot of doubt. But that doesn’t make an online business a no-brainer.

So, to answer are you an fitness employee or entrepreneur, answer these 11 questions

If you’re not insanely driven or pressure isn’t good for you…. you will probably be happier as employee.

I will tell you that any employee with an entrepreneurial spirit will do better today. If you find employers who hire for jobs they want done, with the description of success, and you’re the kind of person who wants the freedom to problem-solve and handle things with guidelines and a set of values… along with latitude, you will still do better. You’ll find positions that you like doing and that feel like you control to some extent what you make or how you are able to experience your job.

I’m moving more to hiring the people who have the skills, beyond mine, and defining success, not a job description. When someone doesn’t get the job done or needs constant reminding when they’ve got a task already assigned to them, they aren’t long term.

You’re always (or almost) safe. You’re secure. You’re certain what you’ll earn and when it will come.

I can personally tell you that just before I was leaving my position I had a few conversations with my boss about changing the way I was paid. Because they’d never considered the program would grow to this level and my commission override was growing right along with it. And I said, “Don’t do that. If I don’t have a reason to run hard, it won’t be so fun for me.” That was knowing that slower months of revenue would still have meant a consistent income. I was like, “No! If you want me to perform best you won’t do that.”

I like knowing that what I do gets a result. I’m in control.

My son his first couple years out of college was looking for the right fit. As he tried a couple positions, I suggested he considered his own business. He was like, “No way, why would I want that kind of responsibility!?” and then we discussed management because he was outperforming everyone in his first 5 months on a job, including those who had been there for 12. Again, “No, way I just want to do my own thing.”

Until… a couple years later. He’s considering both. I say that for you… you may think you’d never want that, until you do. So, if being an employee and learning the ropes from others is most appealing to you now, there are jobs. And later, you may want to revisit when you have a bigger skill set, more ideas about what works and doesn’t or what you’re not able to do in your current situation that you could working for yourself.

We work a significant part of our lives. It’s important to have purpose in what you do every day.

Fitness Career Down the Drain 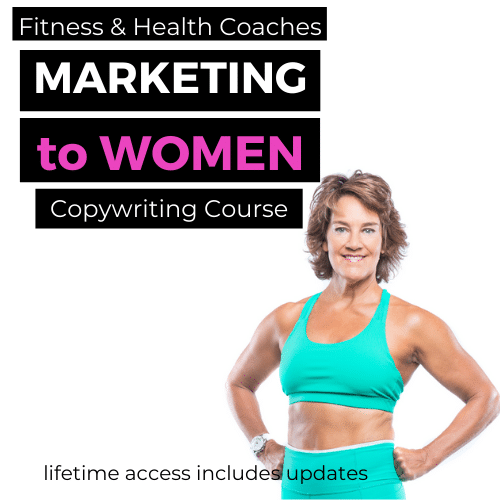 Debra has been a full-time fitness pro for 38 years. Growing her own business, a team of trainers, and presenting internationally on fitness marketing & sales. Starting over… From 0 to freedom after 50, if she can you can.